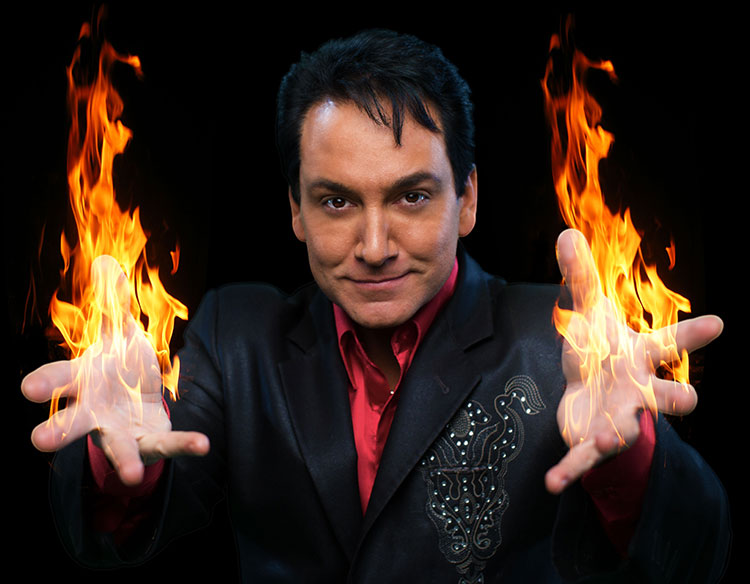 Pigeon Forge and Gatlinburg have become magical cities in the Smokies. There are no fewer than four different live magic show theater in the area. Magic is appealing and entertaining to both young and old. We have not believed our own eyes for centuries, so Smoky Mountain travelers can enjoy a couple hours in a world of fantasy.

The Wonders of Magic

Illusionist Terry Evanswood has been starring in his own magic show in Pigeon Forge for about 20 years now. He is the longest running headline performer in Pigeon Forge. His show, The Wonders of Magic, has been captivating audiences at the WonderWorks attraction for much of that time. His sold-out shows are known for close-up magic (shown on large-screen monitors so everyone cans see) to large-scale illusions that rival anything you’d see in Las Vegas. There are plenty of opportunities for audience participation, but this is still a polished production that has professional lighting, sound and special effects.

This show takes place just two doors down from WonderWorks at 2046 Parkway. The theater presents magician Darren Romeo in a show called Magic Beyond Belief. This multimillion-dollar presentation brings magic and music together in a daily event featuring illusions, musical tributes, exotic animals and mythical creatures like unicorns and mermaids. This show also utilizes, lights, sound, special effects and props to maximum effect, and audience members get their chance to be in the spotlight too. Romeo was a protégé of the legendary Siegfried and Roy, and he’s the only magician in the world allowed to perform Harry Blackstone’s famous legacy of the floating light bulb.

Steven and Cassandra Best star in this magical stage production at Memories Theatre in Pigeon Forge. The Bests have performed their dynamic magic show on stages in more than 20 countries, in addition to headlining their own show in Las Vegas for five years. Their stage production involves close-up routines, classic illusions, animals and high-energy proformances.

In the heart of downtown Gatlinburg is this unique magic show, which is staged in the Iris Theater in the main level of the Space Needle attraction. Magical comedian Chris Collins and mentalist Erik Dobell deliver a night of magic, reality-shattering mind reading and hilarious mayhem, all suitable for the whole family. Combined, the duo has more than 40 years of experience in the magical arts, and their show has taken them to Las Vegas and across the globe.

To continue the magic in the Smoky Mountains, choose My Bearfoot Cabins for your home away from home. We may not be able to pull a rabbit from a hat, but we can meet all your expectations.

My Bearfoot Cabins, Smoky Mountains4 days ago
NOVEMBER/DECEMBER SPECIALS (See Below)
3br/3ba/2 - 1/2ba cabin, Smoky Cove Resort, Sleeps up to 16
We are taking bookings from November 2 to the end of the year and beyond.
👇👇
Website -- https://mybearfootcabins.com
🍿Theater Room
🎱Wrap Loft with pool table, shuffleboard, air hockey, foosball, & arcade
🚙ample parking
🍔Fully equipped kitchen with Keurig and Slow Cooker
🛀6 person hot tub.
*Wifi
*Minutes from all venues and two entrances to the National Park

🐻Book Now And Receive 15% Off for Dates When No Other Special Discounts Are Available. Excludes Holidays. Requires a minimum nights stay

My Bearfoot Cabins, Smoky Mountains5 days ago
I like this photo.

My Bearfoot Cabins, Smoky Mountains added a new photo.5 days ago
The sky is a weird color and the mist is rising, as always, in the morning in Cades Cove.