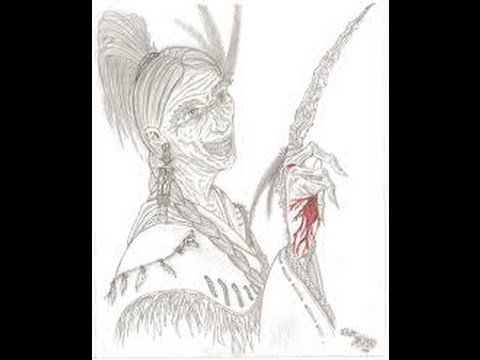 Supernatural tales and myths. The Smoky Mountains are full of them.

Here’s the story of Perry Shults and the lost Smoky Mountains gold mine. Somewhere in upper Greenbrier Cove near Webb Creek during the time of the Civil War, Shults discovered a shallow streak of pure gold on the ground. In 1867, Shults got a corporate charter from the Tennessee government to mine in the area. What is interesting about this charter is it was licensed for mining silver, lead, copper, and zinc. In 1967, a man named Walt Rice purchased Shults’ home and found a clay pot in the garden filled with gold and silver coins valued at $37,000. This caused treasure hunters to look for the mine, but to this day, a gold mine in the Greenbrier area has never been discovered.

Greenbrier Restaurant has one of the most famous ghost stories in the Smoky Mountains. After opening in 1939, Lydia, a woman who was living at the Greenbrier Lodge was dressed and ready to get married. He left her at the altar. Lydia hung herself in her wedding dress from the rafters. Later, Lydia’s fiance was found mauled to death by what was assumed a large cat. Legend has it that Lydia came back as a cat to get revenge

The legend of Spearfinger is one of the oldest in the Smoky Mountains. Her Cherokee, U’tlun’ta, translates to “she had it sharp.” This witch had a spear-like finger on her right hand. She used this finger to cut her victims. It is said her mouth was stained with the blood from livers she ate from her victims. Her skin was made of stone, and she kept her heart in her right hand, which was her weak spot. The Cherokee came together in a council to figure out how to kill Spearfinger. They dug a pit and filled it with stakes, then set a fire to draw her out. Spearfinger saw the fires and ran to where the men were. Spearfinger was also known for shapeshifting, and she appeared to the men as an old woman asking for help. The men saw through the rouse, and Spearfinger ran towards them but fell in the pit. Her stone skin broke the stakes in the bottom of the pit. The men fired arrows at her, but they did nothing. Birds, mice, and many other creatures came down to try to help kill Spearfinger. A chickadee landed on Spearfinger’s right hand, and she began to tremble, afraid the men had discovered where she hid her heart. The men noticed the chickadee and began aiming for her right hand. An arrow hit her wrist, separating her heart from her body. She sank to the ground, her spearfinger twitching, and then collapsed into a heap of stones.

We hope you enjoyed these stories about the Smoky Mountains! Are you ready to plan your next trip with My Bearfoot Cabins?