Race against the clock to conquer the 3 themed escape rooms at Gatlin’s Escape Games! These thrilling games at Gatlin’s Fun Center feature props, lighting and sound effects to add to all of the fun! The Legend of Atlantis challenges you to find your way through hidden doors and secret passageways to discover the Temple of Poseidon, while the Moonshine Hill Hootenanny requires you to put an end to Maw’s secret moonshine recipe! If you prefer a creepy escape game, check out the Haunting of Hyde House where you must reunite a restless spirit with her cherished doll! Some of the best escape games in Gatlinburg can be found at Headcase Escape Adventures, which offers 5 incredible rooms to try! The Aztec Temple requires you to race for a series of hidden idols to escape a temple that has been accidentally closed, while Goliath features a remote cabin in the Smokies with a dangerous secret. The Wild West Blazin’ Breakout puts you into the shoes of a criminal trying to escape jail and Merlin’s Secret Chamber forces you to break a terrible spell. Finally, the Doomsday Bomber room requires you to locate a weapon of mass destruction to disable it!

The Captured Escape Game at the base of the Gatlinburg Space Needle contains 2 interactive live escape games for your entertainment! This attraction is unique in that it features a central storyline with each of the escape rooms serving as a separate chapter. The basic premise is that you have been invited to dinner by the Crafts, a family of cannibals who feast on unwitting tourists who visit the Smoky Mountains! The Cellar is the first chapter where you have been captured by the Crafts and must escape from the basement before you become dinner. The second chapter is Scarlett’s Room where you must avoid becoming a victim of one of Scarlett Craft’s multiple personalities! 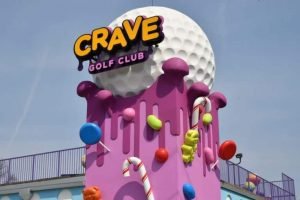 Escape Games at Crave Golf Club
You may know Crave Golf Club for mini golf and bowling, but they also have Escape Games. Play as lab workers to escape zombies after there’s an outbreak in the lab or try to seal off parts of a submarine before you’re trapped. These games are for small kids and adults alike since they test the skills of everyone when it comes to puzzles and code cracking. 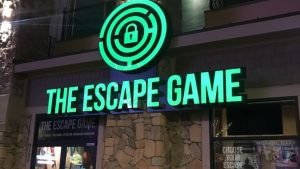 The Escape Game is a popular in Pigeon Forge. Each of their experiences is 60 minutes long, and you need at least 4 people to play. There are 5 games different themes, ranging from prison breaks to missions on Mars. Your group will have to figure out how to “escape” using props and other items in the room. Not only can you play in person, The Escape Game also offers virtual games you can play at home! Another escape game in Pigeon Forge is Trapped Escape Game. No matter the size of your group, there is a game to play. There are five games to choose from, Dead Zone, Alcatraz, Capone, Haunted Cabin, and Asylum. Trapped prides itself to be a challenge for gamers and puzzle lovers. Games are 60 minutes. 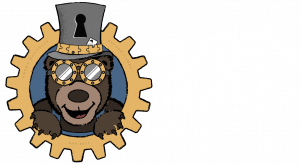 Smoky Mountain Escape Games is another great place to go to test your puzzle solving skills with your friends and family. Your goal is to escape the room within 60 minutes. You can play a game where you need to escape before a monster gets you in an old house. There’s another game where you must escape from a mad scientist, and the other game is about a diamond heist. Smoky Mountain Escape Games has a new game coming soon about moonshine. You can also play their games online!

Stay with My Bearfoot Cabins

These escape games in Pigeon Forge are just one way your family can spend quality time together making memories. You’ll find plenty of other fun ways to spend your time on your vacation, but you’ll need a place to stay! Book with My Bearfoot Cabins for your trip today!
Pat and Don Kirchhoefer, Owners
pat@mybearfootcabins.com
618-559-3915
https://mybearfootcabins.com